Chelsea are keeping an eye on Barcelona midfielder Frenkie de Jong as a potential replacement for N’Golo Kante, according to German journalist Christian Falk.

BILD’s Head of Football took to his personal Twitter account to report the news, claiming the Blues want the Dutchman if the Frenchman does not put pen to paper on an extension.

TRUE✅ @ChelseaFC is interested in Frenkie de Jong (25) if N'Golo Kanté (31) doesn‘t sign a new contract (at the moment til 2023). Bayern is not interested in de Jong for this summer @FCBarcelona

Kante, 31, has just a year left on his current deal at Stamford Bridge, and it appears the club are ready to move for another player if he fails to sign a new deal before the end of the summer transfer window.

De Jong, 25, has been linked with a Camp Nou exit all summer as the Catalans look to balance the books following their spending spree in the market, and given his quality and age, he could prove to be a perfect long-term replacement for the former Leicester City star.

However, the Dutchman is not particularly keen on leaving Barca, with Manchester United finding it hard to get a deal done.

Given how they have lost most of their transfer targets to the Spanish giants this summer, landing de Jong will be a statement of intent from Chelsea.

Thomas Tuchel’s side have only managed to bring in Raheem Sterling and Kalidou Koulibaly so far this term, losing both Antonio Rudiger and Andreas Christensen after their deals expired.

Things could get even worse next summer if Kante, Marcos Alonso, Jorginho and Cesar Azpilicueta all refuse to sign new contracts and walk away as free agents.

It is why cashing in on the Frenchman – who is arguably the most valuable among the quartet – when there is still time makes sense.

Since he joined them from Leicester City in the summer of 2016, Kante has helped the West Londoners win a Premier League title, one FA Cup, the Champions League and Europa League, and playing elsewhere could be on the mind of the World Cup winner.

Losing such a player for free will not do Chelsea any good, and while de Jong does not boast of the same work rate and defensive prowess that Kante brings to the table, the former Ajax star has the skills and quality to make Tuchel’s squad tick in the middle of the park.

The Netherlands international is versatile as they come, and his vision, passing, dribbling, technique, and attacking prowess should make him hit the ground running in the Premier League should the Blues get a deal done.

Having won just the Copa del Rey since joining Barca from Ajax in the summer of 2019, de Jong will be hoping he can add more honours to his trophy cabinet.

The La Liga giants have since added some top players to their ranks, boosting their chances of competing for major silverware this season, and it is clear to see why he is not keen on leaving.

However, they want him to take a significant pay-cut to remain at the club given his huge wages, and should both parties fail to come to a resolution, that could play into Chelsea’s hands. 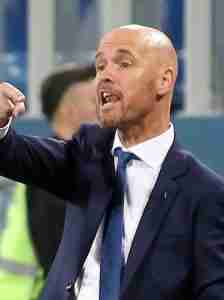