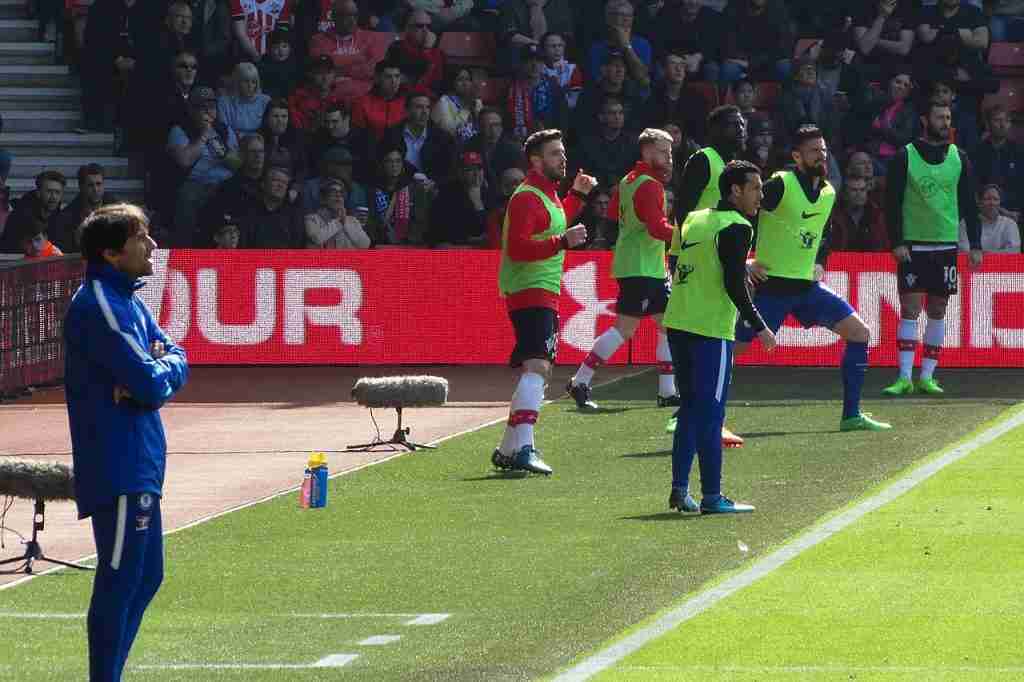 Antonio Conte is the manager of Tottenham Hotspur FC, a club in the Premier League, the first tier of English club football. He has managed the club since 2021.

Before moving to Chelsea, he managed S.S. Arezzo, S.S.C. Bari, Atalanta B.C., A.C.R. Siena 1904, Juventus F.C. and Internazionale Milano, all in Italy. He has also managed the Italian national team.

Antonio Conte started his managerial career in 2005 as an assistant manager of A.C.R. Siena 1904 before getting his first appointment as a first team manager in 2006. He has been a manager for 16 years and counting. You can make that 17 years, if you include his one year stint as an assistant manager. Here are information on the clubs he has managed at senior level to date. Antonio Conte was in charge of Arezzo on two separate occasions in the same season. He first took over the team on July 1, 2006 but was sacked on October 31, 2006. After his replacement, Maurizio Sarri failed to do any better, Conte was brought back on March 13, 2007 and led them until the end of the season, leaving the role finally on June 29, 2007.

Over his two stints, he managed a total of 27 matches for the club and left with a record of 11 wins, 8 draws and 8 losses.

Antonio Conte managed Bari for one-and-a-half seasons, between December 27, 2007 and June 23, 2009. His time at the club was a success as he hit the ground running in his first half season to pull the team out of the relegation zone and into mid-table.

In his first full season, he led the club to the Serie B title, earning them promotion to the Serie A ahead of the 2009/10 season. He was scheduled to sign a contract extension with the club to manage them in the Serie A, but talks broke down and he left after the 2008/09 season.

He managed the team for 67 matches and left with a record of 32 wins, 22 draws and 13 losses. The Serie B title he won with the club is his first ever title as a manager.

Antonio Conte was in charge of Atalanta September 21, 2009 and January 7, 2010, a time period spanning only three-and-a-half months. He started well with the club but after some struggles, Atalanta fans began to assault him and some of his supporters, leading to his resignation from the role.

Antonio Conte returned to Siena, where it all started for him, on May 9, 2010. It was a one-season contract with his objective being to lead the club from the Serie B to the Serie A following their relegation to the Serie B in the previous season.

He achieved the mandate given to him and led the club to a second-place finish in the 2010/11 Serie B season, before leaving the role on May 30, 2011. He managed the club for 44 matches, winning 22, drawing 14 and losing eight.

Antonio Conte was in charge of Juventus on two separate but consecutive occasions, between May 31, 2011 and July 15, 2014. He resumed as Juventus’ manager immediately after leaving Siena and created many good moments for the team.

However, he was banned from football following a match fixing scandal and he had to relinquish his role until December 2012. He resumed after the ban on December 9, 2012 and managed the club until July 15, 2014.

His second time out at the club was also great but he had some fallouts with the club’s hierarchy. He is credited with beginning the winning legacy of Juventus in the modern era which, ironically, ended when he moved to Internazionale later in his career.

He managed the club for 133 matches, winning 90, drawing 30 and losing 13. He won the Serie A and the Supercoppa Italiana while at Juventus.

Antonio Conte managed Italy from August 19 2014 to June 30, 2016. He managed the Azzurri for 25 matches, winning 14 of them, drawing six and losing five. He led them to the quarter finals of the Euro 2016 tournament in France before he stepped down.

Antonio Conte was appointed as Chelsea’s manager on April 4, 2016 while he was with the Italian national team. He took charge of the Premier League club on July 1, 2016 after signing a three-year deal. However, he was sacked from the role after two years on July 13, 2018, following underperformance in the 2017/18 season, which saw them finish in fifth place. Antonio Conte managed Inter Milan from May 31, 2019 to May 26, 2021. He went toe to toe with Juventus in his first season and led Inter back into the top three for the first time in a long time. He also made it to the final of the UEFA Europa League but lost to the tournament’s record winners Sevilla.

He consolidated on those efforts by winning the Serie A title in the 2020/21 season. However, internal issues led to him leaving the club. He managed the club for 102 matches, winning 64, drawing 23 and losing 15 matches.

Antonio Conte has been the manager of Tottenham Hotspur since November 2, 2021 after the club fired Nuno Espirito Santo.  He has managed the club for 36 games so far, winning 21, drawing five and losing 10 as at the time of writing.