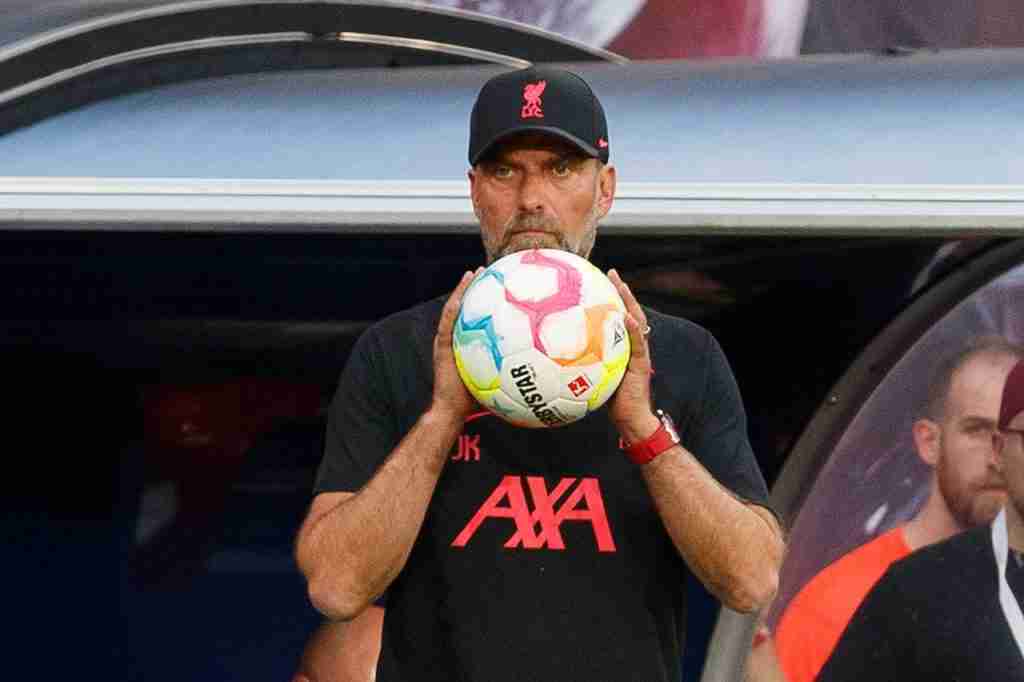 Jürgen Norbert Klopp, professionally referred to as Jürgen Klopp, is the manager of Liverpool FC, a club in the Premier League, the first tier of English club football. He has managed the club since 2015.

Before Liverpool, he was the manager of Borussia Dortmund and 1. FSV Mainz 05, both in the German Bundesliga, the top flight of German football.

Jürgen Klopp is known for his adherence to the Gegenpress tactic, a high-energy style of play that has been termed Heavy Metal Football by the man himself and by the media. In this style of play, his teams sit high up the pitch to win the ball immediately they lose it instead of falling back into a defensive shape.

The style also involves quick counterattacks as the ball spends less time being passed around players and more time being pushed forward to the attackers to get the goals for the team. This requires that any attacker in his system be sharp, fast and quick thinking as they tend to be in possession of the ball more often than the other players on the team.

Jürgen Klopp has had a long managerial career. Unlike his peers though, he tends to spend time with the teams he manages. His average managerial stint at a club is seven seasons and so far, he has managed only three clubs in his illustrious career. Here are some information on the clubs he has managed to date.

Jürgen Klopp was in charge of 1. FSV Mainz 05 – also known as Mainz – for seven seasons. Before his current job at Liverpool, his time at Mainz was the second longest he had spent at a club since beginning his managerial career. He was handed the reins at Mainz, the club where he spent most of his playing career and retired at, in the same year he retired as a professional footballer.

On February 27, 2001, Klopp became the club’s head coach and he remained in the role until June 30, 2008, when he resigned after failing to help the Klopp gain promotion back into the Bundesliga following their relegation the season before. He is their longest serving manager to date in the history of the club.

Jürgen Klopp assumed the role of manager at Borussia Dortmund on July 1, 2008 following his appointment in May 2008. He chose Dortmund over Bayern Munich, who held a firm interest in him at the time. He spent seven years at the club, from 2008 until June 30, 2015 when he stepped down feeling it was time to move on to the next step of his managerial career. He left the Signal Iduna Park as the longest serving manager in the history of Borussia Dortmund. In that seven year spell, Klopp managed Dortmund for 318 games and left with a record of 180 wins, 65 draws and 83 losses. His time at Borussia Dortmund was very disruptive, as he upstaged Bayern Munich a number of times while also disrupting the balance of power in Europe in the 2012/13 season. At Dortmund, he won the German Bundesliga title, the DFB-Pokal Cup, the DFL-Supercup, and was a UEFA Champions League runner-up.

Jürgen Klopp was appointed as the manager of Liverpool FC on October 8, 2015 after the club sacked Brendan Rodgers following a poor start to the season. He signed for three years initially, but has spent seven years and counting at the time of writing. His current contract is expected to end in June 2026, by which time he would have spent 11 record-breaking years as Liverpool’s manager. As it stands, it remains to be seen whether or not the German would extend his stay with the Reds or would decide to call it quits. Being the longest he has spent at a club, his time at Liverpool is also his most successful period as a manager. He has shaped Liverpool into one of the scariest teams in the world and they are now usually favourites to win every title they compete for. He has managed them for 379 matches so far and has won 238 of those matches. Of the remaining 141, he has drawn 78 and lost 63.

He has attained cult hero status amongst the Anfield faithful, having led Liverpool to their first league title in the Premier League era in the 2019/20 season. Manchester City have dominated English football over the past decade but thanks to Jurgen Klopp, he has made it a rather tough ride for the Citizens and a spectacle to watch for neutrals.

Klopp boasts a record of winning every major competition he has competed in with Liverpool and could yet leave the club as the most successful manager in their history.

During his career, Jürgen Klopp has won 11 club trophies (10 first division titles and one second division title). He has some way to go before he is considered a managerial great based on his trophy record, but he is no doubt one of the best managers in football today. Here is a breakdown of the trophies Klopp has won in his career.