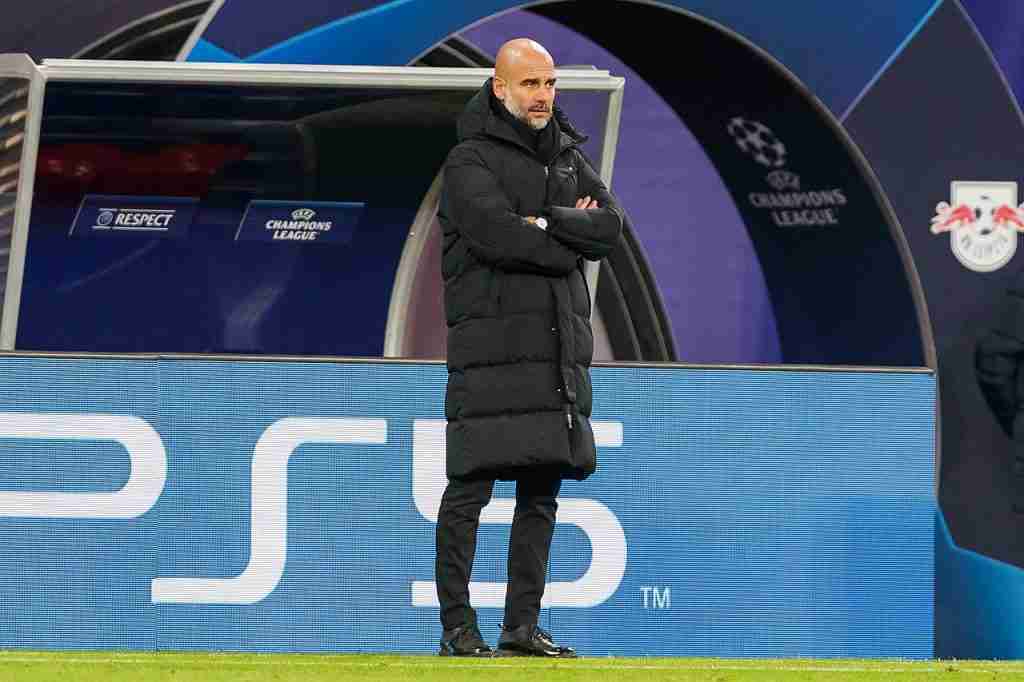 Josep Guardiola Sala, professionally referred to as Pep Guardiola, is the manager of Manchester City FC, a club in the Premier League, the first tier of English club football. He has managed the club since 2016.

Pep Guardiola is widely regarded as the best manager in the world for his style of play, which incorporates elements of the Tiki Taka football philosophy of total possession football and elements of the high press. Pep Guardiola’s teams have a rule known as the “six-second rule” which requires them to win the ball back in six seconds because opposition teams would struggle to regain their shape after pressing for the ball.

This style of play depends a lot on defenders and goalkeepers who are good on the ball beyond their primary duties of stopping attacks down the centre and through the flanks. With this style, he has helped his teams win games with huge scorelines. He also has one of the highest win ratios in football and boasts a number of records to his name.

At the time of writing, Pep Guardiola is only 14 years into his senior managerial career but has made a name for himself in football history with the number of records and trophies he has picked up in that time. His average managerial stint at a club is three years and so far, he has managed only three clubs in his illustrious career. Here are some information on the clubs he has managed to date.

Pep Guardiola became the manager of Barcelona on July 1, 2008 and managed the club until June 30, 2012. Those four years were Barcelona’s most successful period in their modern history and it was his announcement to the world as the “new kid on the block” in the arena of football management. He was given the job after one year at Barcelona B, the club’s second tier team that competes in the lower leagues of Spanish club football. Barcelona was the club he spent most of his career at after joining them in 1984 as a 13-year-old. He was a student of Johan Cruijff’s Total Football philosophy which helped create the famous Barcelona “Dream Team”.

After a five-year sojourn abroad, he retired from football and returned to Barcelona. A year later, he took the reins of the B-team and in his one year as manager, he won the lower division title. He was chosen to replace Frank Rijkaard in the senior team after the club decided against Michael Laudrup taking the job.

Pep Guardiola assumed the role of manager at Bayern Munich on July 1, 2013 after being announced as the new manager of the club on January 16 2013. He took over from the legendary Jupp Heynckes and managed the club for three years, between July 2013 and June 30, 2016. He assumed the role after a one-year sabbatical from management following his exit from Barcelona, saying he needed to “recharge his batteries”. While he had a good stint at Bayern Munich, it is the most underwhelming period of his career to date. The key reason is his performances in the UEFA Champions League, a competition which Bayern marauded their way to victory the season before his appointment as manager. He was singled out by German media and accused of employing outlandish tactics which prevented the club from being able to make headway in the Champions League, despite having arguably the strongest team in all of Europe at the time.

By the time he left the club in 2016, Guardiola managed Bayern Munich for 161 matches and left with a record of 124 wins, 16 draws and 21 losses. This is his best record to date as a manager, which is ironic because of how his time at the German club is perceived by many. He won the German Bundesliga title, the DFB-Pokal Cup, the UEFA Super Cup and a FIFA Club World Cup title.

Pep Guardiola signed a contract in February 2016 while at Bayern Munich to take over from Manuel Pellegrini as Manchester City’s coach ahead of the 2016/17 season. He had big shoes to fill, as Pellegrini was leaving the club with the fifth highest winning percentage in English football history. On July 1, 2016, he resumed the role and has been there ever since. His current contract is expected to end in June 2023, by which time he would have spent seven record-breaking years as Manchester City’s manager, the longest stint of his managerial career.

His time at the Etihad is the club’s most successful period in their history. No matter how long he spends at the club, he will go down as their most successful manager after winning a whopping 11 trophies in six years for the club at the time of writing.

He has shaped Manchester City into one of the scariest teams in the world and they are favourites to win every title they compete for. He has managed them for 351 matches so far and has won 260 of those matches. Of the remaining 91, he has drawn 39 and lost 52. He is a Premier League winner, a Carabao Cup (English Football League Cup) winner, an FA Cup winner and a Community Shield winner with Manchester City.

However, he is considered the best manager that football has ever seen in many circles due to his success in such a short managerial career. Here is a breakdown of the trophies Guardiola has won in his career.