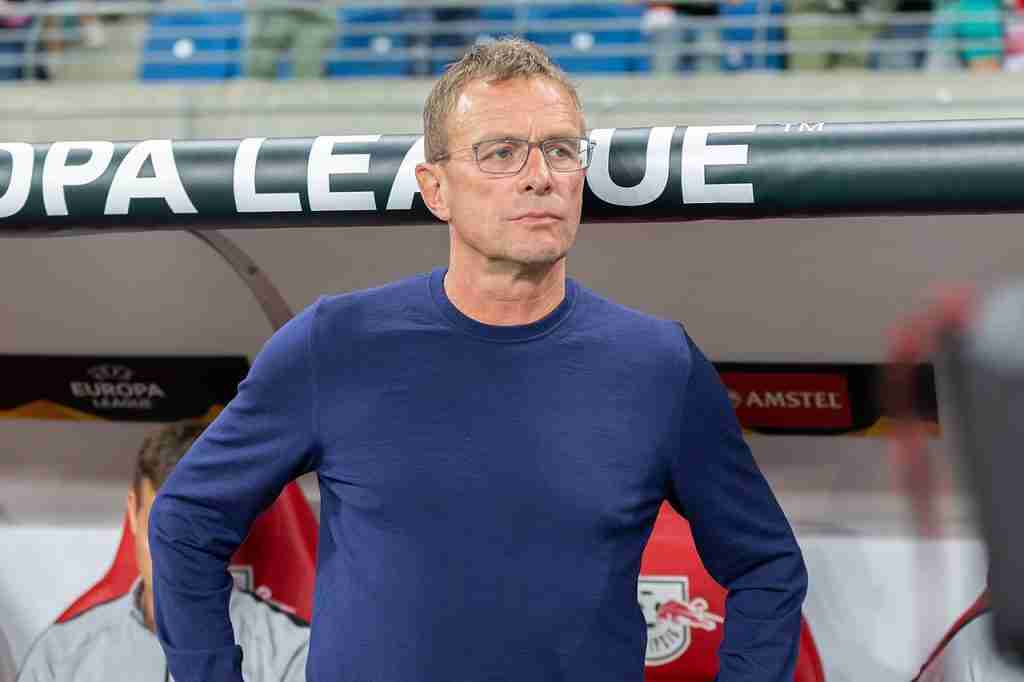 Ralf Rangnick is the manager of the Austria national team, a member nation of the European football confederation, UEFA. He has managed the team since April 2022.

Ralf Rangnick has been in football management for more than three decades. He started as a player manager for FC Viktoria Backnang, a non-league club in his hometown. His first full managerial role was at non-league club SC Korb, where he spent two years.

However, he has done his best work as a football director because it helps him identify talents and study tactics of other teams in order to work with managers to apply them.

Here are information on the top flight clubs he has managed to date.

Ralf Rangnick became the manager of VfB Stuttgart on May 3, 1999 and managed the team until February 23, 2001. He took charge of the club’s final five matches in the 1998/99 season and managed to help them finish in 11th place.

He improved on it in the 1999/00 season, his first full season, getting the club to finish in eighth place. However, he was dismissed in the 2000/01 season after a poor run of form that saw them hovering in the relegation zone.

Ralf Rangnick managed Stuttgart for 86 matches and left with a record of 36 wins, 16 draws and 34 losses. He won the now-defunct UEFA Intertoto Cup as their manager.

Ralf Rangnick was appointed as the manager of Hannover 96 on May 23, 2001 and managed the club between July 1, 2001 and Mar 27, 2004. He took them back to the Bundesliga in his first season as the manager with some very impressive football.

He consolidated on that performance with a mid-table finish in the club’s first season back in the top flight but was unable to maintain that energy in their second season. The club let him go during the 2003/04 season while they were in 15th place.

Rangnick managed Hannover 96 for 98 matches and left with a record of 44 wins, 22 draws and 32 losses. He won the 2. Bundesliga title.

The first season in his first stint as Schalke 04’s manager was a mix of good and bad as Schalke crashed out of a couple of competitions but finished as runners-up in the Bundesliga. However, his second was poor and the club fired him months into that season.

He returned after six years gaining experience and performed very well, leading the club to the semi-finals of the UEFA Champions League and stabilizing them enough in the Bundesliga to finish in 14th place. In the end, he resigned only a few weeks into the new season due to Chronic fatigue syndrome, stating he did not have “the necessary energy to be successful and to develop the team and the club”.

It was after his resignation due to health reasons that he decided to slow things down and work as a football/sporting director. This is where he had the most success in his career as he helped transform the fortunes of a number of clubs.

Rangnick managed Schalke 04 for a total of 88 matches in his two stints, winning 48, drawing 16 and losing 24. He won the DFB-Pokal, the DFL-Supercup and the now-defunct DFL-Ligapokal.

Ralf Rangnick managed Hoffenheim from July 1, 2006, following his sacking from Schalke 04, to Jan 1, 2011. Hoffenheim was in the Regionalliga Südwest, one of the sub-leagues of the fourth tier of German club football. He took the role to help himself get back into the groove of things after his poor performance as a top flight manager.

He eventually guided them to the 2. Bundesliga, German club football’s second tier league, and then to the Bundesliga in a space of three years. He is credited as being the catalyst behind the club’s growth, as they have never been relegated since he took them back to the top flight. His time at the club ended due to a disagreement over the transfer of a player who he wanted to keep at the club.

His first stint was successful as he established a playing style and made the club very attractive to young players looking to develop their game. He helped them gain promotion to the Bundesliga before leaving the dugout for Ralph Hassenhütl. He returned to the dugout in 2018 when the club fell on hard times and stabilized the club, leading them to a third-place finish in the Bundesliga as well as the final of the DFB-Pokal. He did all these while still working as the sporting director of the club.

He resigned from the manager role at Leipzig at the end of the 2018/19 season to focus on his sporting director role, signing on with Red Bull Sports to become the sporting director of three other Red Bull clubs alongside Leipzig: Salzburg (Austria), Bragantino (Brazil) and New York (USA).

Rangnick managed the club for 88 matches in his two stints. He won 50, drew 20 and lost 18 of those matches.

Ralf Rangnick signed on to be the caretaker manager of Manchester United on November 29, 2021 for a six-month period, starting December 3, 2021 and ending May 31, 2022. He was to assume the role of consultant sporting director to work with the new manager for the next two years after his stint as interim manager came to an end.

In this time frame, he would be involved with the directors of the club in scouting for a replacement manager and helping the club run effectively. However, he chose not to continue as consultant sporting director of the club, leaving once his time as interim manager was over.

Ralf Rangnick was appointed as the manager of the Austria national team on April 29, 2022. He accepted the role after discussing with the Manchester United hierarchy, who agreed that he could consult for them while carrying out his managerial duties as he had done in the past with Leipzig.

However, he chose not to continue with the Red Devils and left the role at the end of the 2021/22 Premier League season. He has managed the Austria national team since June 1, 2022 and has taken charge of four games so far, winning one, drawing one and losing two.